How To Read The Waves? 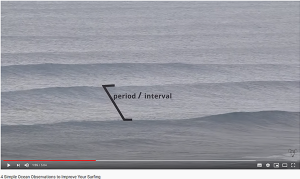 Surfing is rewarding like no other sport out there. Many sacrifices must be made to maximize the time in the water. Each surf spot generates unique waves at certain conditions, where the tide, swell, and the wind are all aligning up, and this guide is written to inform how the forecasts work, with explanations and surf forecast links below.

How to read a surf forecast?

Which is the best surf weather?

Checking the surf conditions and surf webcams is a routine every keen surfer is familiar with. The swells can be predicted for a reasonable amount of time in front, while the winds can change rather quickly and ruin the perfect surf weather.

Knowledge of how to read the weather forecast is an essential skill for every surfer. As the winds, swells, and tides determine the quality of surf a ta certain surf-break – it is crucial to pay attention to each detail.

Knowing how to read the report will also help to plan a weekend surf-trip. Should you travel east or west to catch good surf, or wake up at 5 am to find the only surfable gap. The more we surf, the more we know that the right conditions will most likely not last long – so make sure to make the most of it.

What is the Swell? 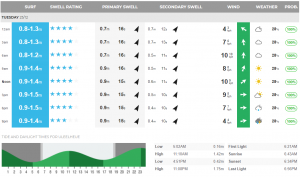 An ocean swell is a series of waves that propagate along with the interface between water and air and thus are often referred to as surface gravity waves, generally created by the strong winds and storms. The direction of the swell will determine the quality of surf at a particular surf spot since every surf break “works” when the swell hits the coastline at a certain angle.

Each surf break is unique due to various natural factors. Different tide, incoming swell angle, and winds will result in exceptional conditions. Some spots work only on a relatively specific swell angle, while other points work all-year-round and with different swell directions.

Usually, if your home surf break is facing 90degrees east, the swell coming from the east has the highest success rate of having good surf weather. Some surf spots or point breaks are right behind the corner, and the right direction swell to “hit” the spot, is also something to look after.

Swell direction is generally in degrees:

The buoys in the ocean measure the height of the swell. Most surf forecasts prefer to use imperial over metrical, so the wave height is measured in feet(ft).

It is measured from through to crest.

Measured from crest to crest. The length of the wave determines the period. 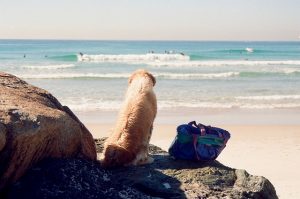 The period of a swell is the amount of time a wave passes a certain point (usually a buoy). Timely, the swell period is measured in seconds. Good quality surf is generally from 10-20 seconds.

Winds create the swells in the ocean. The direction of the winds will also determine the movements swells.

Diffraction – Is a change in the intensity and direction of the waves after passing by an obstacle like a big rock, small islet, or landmark.

Wind creates swells and determines the direction where the swells will move to. Wind can increase or decrease the local surf conditions. As winds can change their directions rapidly, it is the hardest factor in surf forecast to rely upon.

A strong wind or storm generates a groundswell further back in the ocean, while a local wind can produce a choppy and temporary condition for a surf. 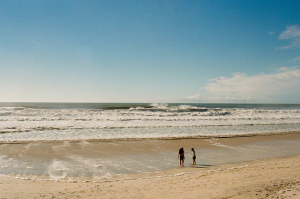 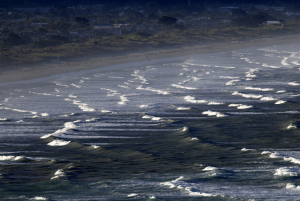 The moon controls tides. Every day, there are two low and two high tides. Tides are very predictable and change by 51 minutes after each day. Tide size difference around the full moon has the most substantial severity change where high tides are extremely high and low tides shallow. The worlds highest tides occur in Canada, with tidal changes in 40 feet.

Waves on low tide are generally fast and tend to close out.

Waves on high tide are known to be fat, slow and mushy. 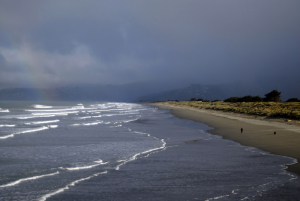 Surfing a beach break can be difficult. It is crucial to find a spot where the quality of waves is the best. How to spot a good sandbar? When the forecast for surf is excellent, the waves should be there. Walking down the beach and looking for the best place to jump in and start surfing? Well, we all know that the grass is always greener on the other side, so it is when surfing a beach break. Make sure you examine the whole beach before jumping in. Take a good minute or two to check out where the surf is more consistent.

An excellent tip for finding the best sand bar is to spot a location on the beach where the water reaches the furthest towards the beach. This is the indication that the strong currents and waves are pushing the water stronger and further towards the shore. If you’ve found a spot, use the rip to paddle in and enjoy.

Once you know the basics of how the conditions affect the surf – it’s a path to get a good quality surf. For example, two surf breaks, maybe a few miles apart from each other – can have different surf conditions.

Most used mobile applications to check the surf forecast.

Related: Surf Websites
Related: How to become a better surfer