A useful link about surfing if you are writing an essay or looking for some trustworthy overall information.

An extensive historical website about surfing history. Must look for a severe historical enthusiast.

Surfer.com is probably the most original webpage online. Worth a visit.

Insight to the world of professional surfing. News, Videos, Rankings, and so on, very informative.

An alternative outlook to surfing on Reddit. Fascinating threads and opinions. #r/surfing

News style updates about surfing through the world of the Guardian magazine.

“Stay High” as the slogan goes. Quiksilver is an American-Australian retail sporting company, founded in Torquay, Australia, but now based in Huntington Beach, California. It is one of the world’s largest manufacturers of surfwear and other boardsport-related equipment.

Boardriders favorite brand. As their logo – A Mountain and a Wave, specializes in the world of free riders. They always have the most relaxed styles and trends.

Founded in 1990, The name Roxy was chosen for the brand because it sounded like a punk band or club. No surprises if you know the girls who are into freeriding in any sport. Roxy makes kick-ass cool and individualistic clothing for women. Roxy, as you can probably tell by the logo – is from the sub-division of Quiksilver clothing.

Surf and Snow Product line for Women and Girls

“The search.” By far the coolest slogan is known for a surf brand. Rip Curl specializes in board shorts, wetsuit, gear and apparel in general. Sorry to say – but if you surf, you must have something from Rip Curl.

Founded in 1969 in Torquay Australia, Rip Curl is considered a successful member of the “Big Three,” of the surf industry alongside Quiksilver and Billabong.

Founded in 1973 – Gold Coast Australia. Billabong is a surf company, primarily a clothing retailer that also produces accessories, like watches and backpacks and skateboard and snowboard products under other brand-names. Billabong also owns the skating brand Element, Von Zipper and the list goes on. There’s a great and exciting read about the brand’s history on WIKIPEDIA. Billabong refers to a “creek that runs only during the rainy season.”

A new name in the game. 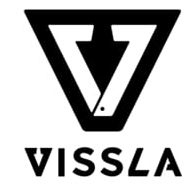 Vissla’s motto: “Vissla is a brand that represents creative freedom, a forward-thinking philosophy, and a generation of creators and innovators. We embrace the modern do-it-yourself attitude within surf culture, performance surfing, and craftsmanship. We constantly strive to minimize our environmental impact and protect the oceans and waves that raised us. This is a surf-everything and ride-anything mentality.”

Creatures of Leisure makes a wide range of surfing gear. Quite many figures as brand ambassadors to trust the brand:

Volcom is a lifestyle brand that designs, markets, and distributes boardsports-oriented products.

Volcom sponsors many talented boardsports rider from all around the world.

D’Ascoli laid the foundation that would revolutionize the industry and push the cutting edge of material and design development.

“Xcel’s reputation for exceptional product quality is a clear result of an unwavering dedication to research, development, and design innovation. With tropical to cold-water products for men, women, and youth, the brand stresses performance: maximum stretch and durability, sealed-seam construction, and a fit that feels custom-made every time.”

PRONOUNCED: REW-KA
“The balance of opposites”

Because of its art focus, RVCA is also associated with the street graffiti subculture. RVCA is involved with various contemporary art galleries such as KNOWN Gallery.

Hurley designs, developes, manufactures, marketing and selling of surf apparel and accessories worldwide.
On May 12, 2004 , the company was sold to Nike, Inc. for an undisclosed amount.

The founding owner of Chilli Surfboards, Jamie Cheal, did his first top turn on a surfboard at Greenmount on the Gold Coast at the age of 13 and he’s been surfing most days since. Today, Chilli Surfboards are also manufactured and distributed in Japan, North & South America, Europe & Taiwan. Chilli makes a great variety of performance surfboards that are ridden by the best surfers in the world.

JS Surfboards was started by Australian shaper Jason Stephenson and have grown to become one of the most influential surfboard manufacturers. Jason first surfed when he was at the young age of 5, and shaped his first surfboard at the age of 25. With many years of experience in the surf world, Jason set himself for success when launching JS Industries in Australia.

JS has a great variety of performance boards that are also shaped by many ex-pro surfers.

Founded in Australia by Darren Handley, who had a passion and love for surfing, beginning at a young age of 12. Today DHD surfboards are seen ridden by one of the best surfers in the world.

Great variety of performance surfboards. Another pearl from Australia.

Born in New Jersey, The Channel Islands shaper Al Merrick moved with his parents to Florida, and eventually to California. He started surfing by the age of ten and utilized his years of experience to build the channel islands surfboards. Today he has a full line of channel islands surfboards, which are considered as popular as they come. Most of the world’s top surfers utilize Merrick’s boards. 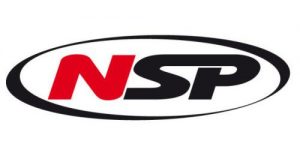 Aesthetic value with durability and utility are the main kewwords describing the NSP surfboards.

NSP stands for New Surf Project and this surfboard company has experienced rapid growth from their earlier years to what they are today as one of the leading shapers of high quality epoxy surfboards in North America today.

Kona makes really good, a wide choice and affordable set of surfboards unlike anyone else out there.

Lost Surfboards is the largest manufacturer of surfboards in the United States.

The company’s story is rather intersting as they’ve specialized in a one certain niche, while having the best boardiriding background.

Founded in 1997, Sydney by Hayden Cox

A fun surf-school that covers a wide variety of surfing tips on their Youtube channel as well.

Surfing tips for all levels.

A great insight to the lives of famous skaters and surfers